The Fairies of Sadieville Lib/E: A Novel of the Tufa (Tufa Novels #6) (Compact Disc) 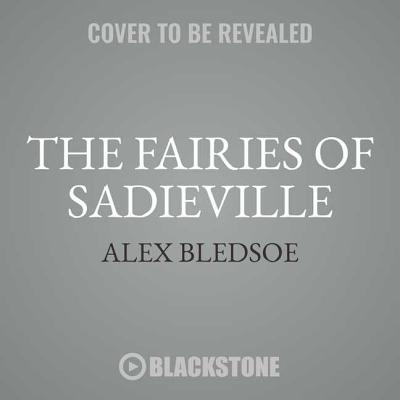 The Fairies of Sadieville Lib/E: A Novel of the Tufa (Tufa Novels #6) (Compact Disc)

This is book number 6 in the Tufa Novels series.

Charming and lyrical, The Fairies of Sadieville concludes Alex Bledsoe's widely-praised contemporary fantasy series about the fairy descendants of Appalachia.

This is real. Three small words on a film canister found by graduate students Justin and Veronica, who discover a long-lost silent movie from more than a century ago. The startlingly realistic footage shows a young girl transforming into a winged being. Looking for proof behind this claim, they travel to the rural foothills of Tennessee to find Sadieville, where it had been filmed.

Soon, their journey takes them to Needsville, whose residents are hesitant about their investigation, but Justin and Veronica are helped by Tucker Carding, who seems to have his own ulterior motives. When the two students unearth a secret long hidden, everyone in the Tufa community must answer the most important question of their entire lives-what would they be willing to sacrifice in order to return to their fabled homeland of Tir na nOg?