Garden of the Gods Trading Post (Images of America) (Hardcover) 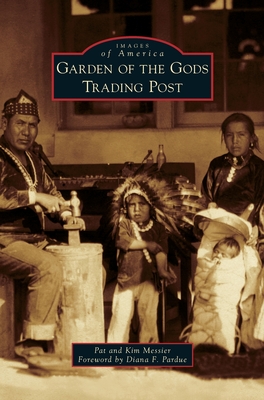 Garden of the Gods Trading Post (Images of America) (Hardcover)


Not On Our Shelves—Ships in 1-5 Days
(This book cannot be returned.)
The story of Garden of the Gods Trading Post is not only a profile of founder Charles Strausenback but also a chronicle of Garden of the Gods, where he spent his life. Strausenback is a thread that runs through much of the park's history. Beginning in 1900, when he was just 10 years old, he carved and sold gypsum figures from a tripod stand near Gateway Rocks. As an adult, he operated various curio stores in and around the park, partnering with Carl Balcomb at Hidden Inn, then with Curt Goerke at Balanced Rock and The Indian trading post. In 1929, Strausenback realized his dream of owning a curio store with the construction of the Trading Post, where he employed Navajo and Pueblo Indians as silversmiths and entertainers. His legacy and the rich history of the trading post remain intact at the southwest edge of the park, now the oldest continuously operated trading post in Colorado.