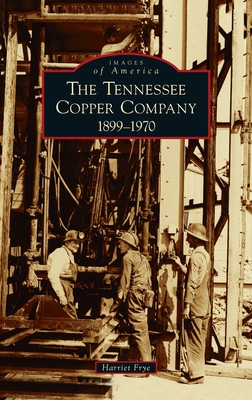 
Not On Our Shelves—Ships in 1-5 Days
In 1899, the Tennessee Copper Company lifted its first shovelful of red clay dirt from what would become the new Burra Burra Mine shaft overlooking the tiny East Tennessee village of Ducktown. At its peak, the company would employ more than 3,000 workers, drawing from small towns and communities in three states, and would become the largest US mining company east of the Rocky Mountains and south of Lake Superior. It would also become the home of the largest sulfuric acid plant in the world. Generations followed generations not only into the mines but also into the skilled trades and other occupations that made up the greater part of the company's workforce. In 1963, its parent company, Tennessee Corporation, was merged with the far larger Cities Service Company, which retained much of the company's original workforce but discontinued use of the Tennessee Copper Company name on January 1, 1970.