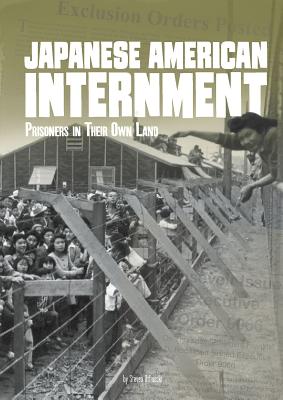 
In Stock—Click for Locations
Vivid storytelling brings World War II history to life and place readers in the shoes of the people who experienced the United States' Japanese internment camps. On the heels of Japan's surprise attack on Pearl Harbor in December 1941, President Franklin D. Roosevelt issued Executive Order 9066. Through this order, more than 110,000 people of Japanese descent, many of them U.S. citizens, were forced to relocate to military camps for the duration of the war. Suspenseful, dramatic events unfold in chronological, interwoven stories from the different perspectives of people who experienced these events while they were happening. Narratives intertwine to create a breathless, What's Next? kind of read. Students gain a new perspective on historical figures as they learn about real people struggling to decide how best to act in a given moment.