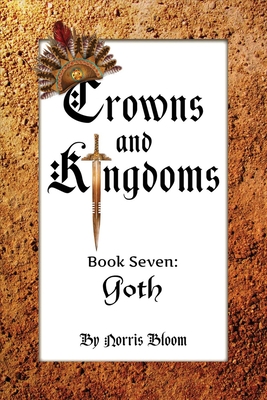 This is book number 7 in the Crowns and Kingdoms series.

Young Sage knows what must be done to claim the throne of Goth from evil King Iodoc, but when he disregards the advice from his elders and rushes into action, he finds himself brutally attacked and left for dead. Only when Sage wakes up in a strange cave in the Red Mountains of Goth does he realize that his life was spared. While living in hiding within the mountains, Sage's wounds heal, and he learns the meaning of being the true Prince of Goth. With the help of the holy man Sancho Pacal, the Royal Eagle Knights, General Sanchez, Lady Marina, and the rest of the resistance, he is ready to storm Goth Castle. Will Sage claim the crown for himself? Will he restore Goth to the peace-loving kingdom that it once was? Sage will need everything to go according to plan if he is to succeed in liberating the people of Goth.
Norris Bloom is a retired school teacher and basketball coach. She taught 5th and 6th grade in the United States before relocating to Upper Basildon, England for 6 years where she developed a love of the English countryside and its people. Additionally, she traveled extensively throughout Europe, feeling a kindred spirit to the kings and queens that once ruled the kingdoms so long ago. Norris hopes that her books inspire children to live by a modern-day code of chivalry.