The Best Joke Book Ever (Paperback) 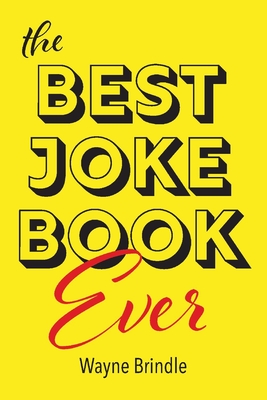 The Best Joke Book Ever (Paperback)


Not On Our Shelves—Ships in 1-5 Days
If you've ever wanted to be the life of the party but were unsure of where to start, this book will point you in the right direction! Contained within these pages are hundreds of the most hilarious jokes you'll ever read. From one-liners to enthralling sagas, this collection is genuinely The Best Joke Book Ever, and will entertain adults and children of all ages.This carefully curated collection includes new jokes, classic jokes, animals and blondes, married couples and lovers, doctors and patients, church-goers, students, lawyers, crooks and more!
Wayne Brindle has written and edited dozens of books, articles, poems, and anthologies. He taught for 35 years at the largest private university in Virginia, and was chairman of the Piedmont Literary Society. He has been a rabid collector of hilarious jokes for decades. Some of his students named him the "professor most likely to become a stand-up comic when he retires."