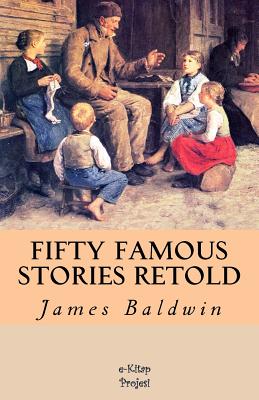 
Not On Our Shelves—Ships in 1-5 Days
(This book cannot be returned.)
CONCERNING THESE STORIES: THERE are numerous time-honored stories which have become so incorporated into the literature and thought of our race that a knowledge of them is an indispensable part of one's education. These stories are of several different classes. To one class belong the popular fairy tales which have delighted untold generations of children, and will continue to delight them to the end of time. To another class belong the limited number of fables that have come down to us through many channels frorn hoar antiquity. To a third belong the charming stories of olden times that are derived from the literatures of ancient peoples, such as the Greeks and the Hebrews. A fourth class includes the half-legendary tales of a distinctly later origin, which have for their subjects certain romantic episodes in the lives of well-known heroes and famous men, or in the history of a people. It is to this last class that most of the fifty stories contained in the present volume belong. As a matter of course, some of these stories are better known, and therefore more famous, than others. Some have a slight historical value; some are useful as giving point to certain great moral truths; others are products solely of the fancy, and are intended only to amuse. Some are derived from very ancient sources, and are current in the literature of many lands; some have come to us through the ballads and folk tales of the English people.
James Baldwin (1841 - 1925) According to his biography in the Junior Book of Authors (1951), Baldwin, a native of Indiana and largely self-educated, began teaching at the age of 24. After several years he became superintendent of the graded schools in Indiana, a post he held for 18 years. The last 37 years of his life he worked with publishers, first with Harper and Brothers and later with the American Book Company. In addition to edi-ting school books, he started writing books of his own. After the publication in 1882 of The Story of Siegfried, he went on to write more than 50 others. His influence was widely felt because at one time it was estimated that of all the school books in use in the United States, over half had been written or edited by him. Unfortunately, his works are much less widely known today. So far as known, only some of his books are in print and published today.