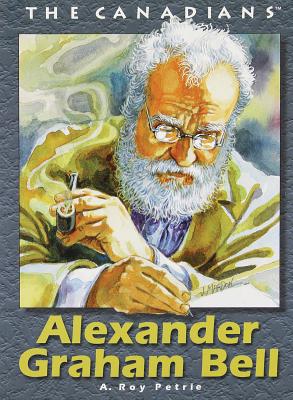 By A. Roy Petrie

Best known for the development of the telephone and the foundation of the Bell Telephone Company, Alexander Graham Bell was one of the last great inventors. His innovative genius in a variety of fields allowed Canada, his adopted country, to become a world leader in the swift technological expansion of the late nineteenth century.

Bell's father was an elocutionist and developed a system of visible speech by which deaf people could be taught to speak. Bell was involved in this work during his youth in Scotland and later in Boston, where Helen Keller was among his pupils.

He first became interested in the possibility of transmitting sound over electric current while working on improvements to the telegraph. The telephone was conceived in 1874, and gained worldwide attention at the Centennial exhibition at Philadelphia in 1876. The first practical experiments with the device were carried out near the family home in Brantford, Ontario, where Bell's researches also contributed to the development of the gramophone and telegraph. During a boat trip on Bras d'Or Lake in Cape Breton, Bell and his family fell in love with the surrounding countryside, and by 1892, the Bells had built a large lodge near Baddeck. Here Bell continued experiments, particularly with kites, aerodromes and hydrofoils, that contributed significantly to the development of twentieth century science and technology.

A. Roy Petrie is a Fitzhenry and Whiteside author.