Joe Howe to the Rescue (Paperback) 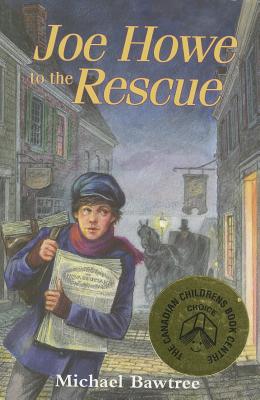 Joe Howe to the Rescue (Paperback)


Special Order—Subject to Availability
It is Halifax Nova Scotia in 1834, and 12-year-old Jack Dance, whose captain father is lost at sea and whose mother is poor, has to leave school and go to work. By chance he meets Joe Howe, who is impressed by Jack's brightness and invites him to be his printer's boy at the office of his newspaper The Nova Scotian. From then on, a series of things happen to make Jack's life exciting and even dangerous. He stumbles on a major smuggling ring, is kidnapped by the king of the smugglers, escapes with the help of a black ex-slave, befriends the smuggler's daughter Lucy, and then slowly uncovers the evidence that will destroy the whole smuggling business. Meanwhile Joe, who has already written articles about smuggling in Halifax and is seen as the smugglers' arch-enemy, has printed a letter in his paper which attacks the powerful and corrupt men running the town - including the king of the smugglers. They charge him with criminal libel, and he has to defend himself in court, to avoid fines and imprisonment.
Joseph Howe to the Rescue weaves together the true story of Joe Howe's fight for freedom of the press during this period, with the exciting fictional story of his printer's boy. Jack learns to love and respect his boss and his friend, who went on to become the greatest Nova Scotian who ever lived.
Michael Bawtree has worked in Canadian theatre and television for over forty years, and is the author of a number of plays, including The Last Days of the Tsars (Clare, Irwin), and a book on music theatre, The New Singing Theatre (Oxford University Press). Founding artistic director of the Atlantic Theatre Festival in Nova Scotia, he has also served as associate director of the Stratford Festival in Ontario and was for many years director of drama at Acadia University in Wolfville, Nova Scotia. He is currently executive director of the Joseph Howe Initiative, celebrating Joe Howe in his two-hundredth-birthday year.