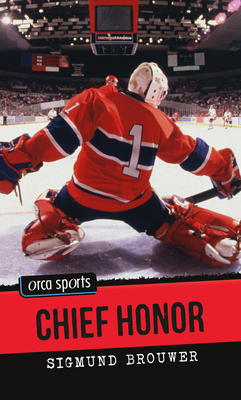 
Special Order—Subject to Availability
Lauren Cross is the first female player on a WHL team--goaltender Joseph Larken's team, the Spokane Chiefs. For Joseph, the prospect of a season in the publicity shadow of a new female goalie promises to be a nightmare. Hiding behind a carefully built wall of anger, Joseph is relieved when a scandal knocks Lauren off the team...until he begins to believe she was framed.