100 Years of Anne with an 'E': The Centennial Study of Anne of Green Gables (Paperback) 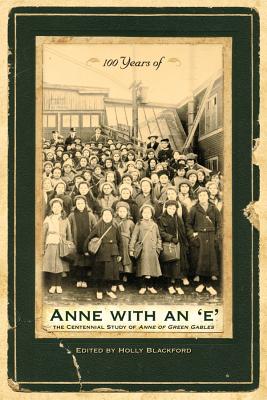 100 Years of Anne with an 'E': The Centennial Study of Anne of Green Gables (Paperback)


Not On Our Shelves—Ships in 1-5 Days
(This book cannot be returned.)
In 2008, Anne fans everywhere celebrated the 100th birthday of Lucy Maud Montgomery’s Anne of Green Gables. Though Anne has always been recognized as a Canadian classic, her story is loved the world over.      In 100 Years of Anne with an “E”: The Centennial Study of Anne of Green Gables, Holly Blackford has brought together an international community of scholars who situate L. M. Montgomery’s novel in its original historical and literary context, discuss its timeless themes, and explore its aesthetic and cultural legacy across time and place.      Blackford’s collection certainly proves Anne’s international appeal, gathering contributors from Australia, Canada, Germany, Ireland, and the United States. Their essays explore diverse themes such as L.M. Montgomery’s career and writing practices, her influence on Canadian fiction, shifting views and definitions of childhood, domesticity, identity and place, and Anne on film.     This new look at the beloved red-headed orphan will appeal to any reader who just can’t get enough of Anne.

Holly Blackford is Associate Professor of English and scholar of women's, children's, adolescent, and American literature at Rutgers University in Camden, New Jersey. She has published extensively on novels of youth and development by authors such as Louisa May Alcott, J. M. Barrie, Margaret Atwood, Lewis Carroll, Mark Twain, and Harper Lee.