The Ice Pilots: Flying with the Mavericks of the Great White North (Paperback) 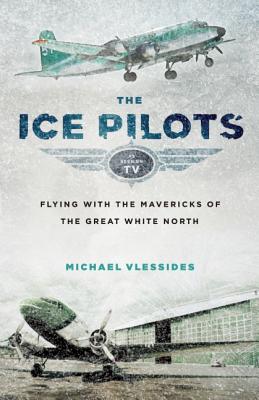 The Ice Pilots: Flying with the Mavericks of the Great White North (Paperback)

As seen on TV!

The Ice Pilots follows renegade Arctic airline Buffalo Airways, and pilots who defy the cold and the competition by using WWII era propeller planes likes the DC-3 to haul vital fuel, supplies, and passengers to remote outposts across the world’s last great wilderness. From rookie pilots trying to earn their wings in sometimes hellish conditions to vintage planes that flew over Normandy on D-Day, The Ice Pilots brings its readers on an engaging romp through Arctic skies.

Michael Vlessides braves bone-chilling temperatures, treacherous landings, and iconic owner Buffalo” Joe McBryan’s famous temper to capture behind-the-scenes stories about the ice pilots, the crew, and the communities they serve. Weaving in history about bush pilots, plane crashes, and the north, he has crafted an entertaining, informative narrative about aviation, the lifeline of this remote world.

Based on the top-rated Ice Pilots NWT television series now airing on The Weather Channel and in 12 countries around the world.

Michael Vlessides is the writer behind adventurer Les Stroud's bestselling Survivorman books including "Survive: Essential Skills and Tactics to Get You Out of Anywhere." A graduate of New York University's School of Journalism, Vlessides is the former editor of Up Here magazine in Yellowknife, where his office was next door to Buffalo Airways, and his work has been published in North America's top outdoor magazines. He lived for six years in the Arctic and now lives in Canmore, Alberta.