The H Factor of Personality: Why Some People Are Manipulative, Self-Entitled, Materialistic, and Exploitivea and Why It Matters for Everyone (Paperback) 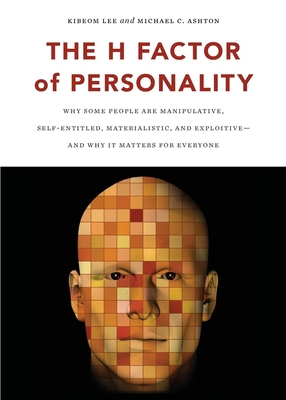 The H Factor of Personality: Why Some People Are Manipulative, Self-Entitled, Materialistic, and Exploitivea and Why It Matters for Everyone (Paperback)

The H Factor of Personality shows the importance of this personality dimension in people's approaches to money, power, and sex; their inclination to commit crimes or obey the law; their attitudes about society, politics, and religion; and their choice of friends and spouse. People who have high levels of H are sincere and modest; people who have low levels are deceitful and pretentious. The "H" in the H factor stands for "Honesty-Humility," one of the six basic dimensions of the human personality. It isn't intuitively obvious that traits of honesty and humility go hand in hand, and until very recently the H factor hadn't been recognized as a basic dimension of personality. But scientific evidence shows that traits of honesty and humility form a unified group of personality traits, separate from those of the other five groups identified several decades ago.

This book also provides ways of identifying people who are low in the H factor, as well as advice on how to raise one's own level of H.