Indochina Now and Then (Paperback) 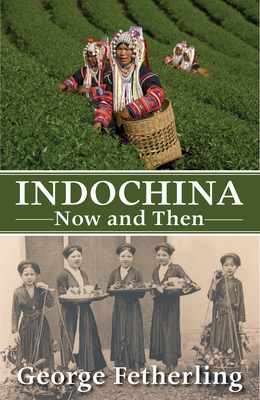 Indochina Now and Then (Paperback)

Follow George Fetherling as he travels through Vietnam, Laos, and Cambodia looking for any remaining traces of the Indochina that was.

In Indochina Now and Then, George Fetherling recounts multiple journeys through Vietnam, Laos, and Cambodia, keeping an eye peeled and an ear cocked for whatever faint traces of French rule might remain. While doing so he searches diligently in village markets, curio shops, and rubbish bins, not to mention bookstalls along the Seine in Paris, for early picture postcards of Southeast Asia, the sort that native Frenchmen and Frenchwomen sent home to Europe.

The book is illustrated with 60 such images, most of them taken before the First World War. They evoke vanished ways of life in these exotic lands of charm and cruelty that have survived the wars and turmoil of the late 20th century to emerge, smiling enigmatically, as the friendly face of free-market socialism. In its prose and pictures, Indochina Now and Then is a travel narrative that will leave an indelible impression in the reader's imagination.

George Fetherling has been a significant figure in the Canadian literary world for more than 40 years. He has produced a long shelf of books as novelist, poet, memoirist, and writer of travel narratives. Three Pagodas Pass, Running away to Sea, and One Russia, Two Chinas are examples in the last category. He lives in Vancouver and Toronto.