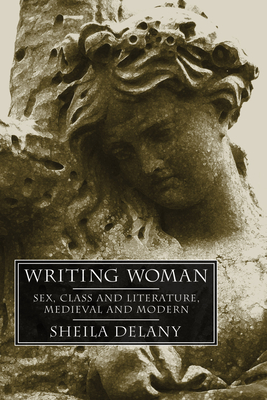 
Not On Our Shelves—Ships in 1-5 Days
In Writing Woman, Sheila Delany examines the artifact woman from a radical perspective. Each individual is seen by Delany as an artifact--made, not born --laboriously worked up, pieced together, written, and rewritten. Other qualities are added to this artifact through novels, poems, lyrics, ad copy, television scripts, nursery rhymes, and the English language itself. These layers of meaning result in the artifact--woman as topic. Sheila Delany traces her own development as a radical thinker in the opening chapter Confessions of an Ex-handkerchief Head, or Why This Is Not a Feminist Book. She discusses bourgeois women in medieval life and letters; womanliness, marriage, and misogyny in Chaucer; sex and politics in Pope's The Rape of the Lock; the feminist utopias of Charlotte P. Gilman and Marge Piercy; and--in considering woman as writer--the scene, or place, of writing in Christine de Pisan and Virginia Woolf.
Sheila Delany is Professor of English Emerita at Simon Fraser University. Her many books, articles, essays, and reviews helped open up Anglophone medieval studies, especially in Chaucer, to modern critical theory, gender-oriented work, and class-based historicism.