Your Face My Flag (Paperback) 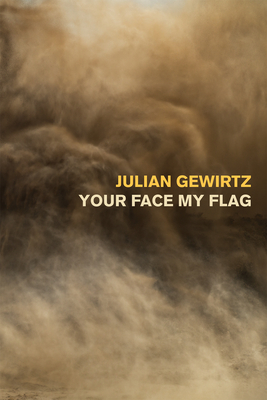 Your Face My Flag (Paperback)


On Our Shelves Now at:
Debut poems of stunning power and range from a China scholar and policy advisor
Torn between intimacy and estrangement, eros and politics,
history and futurity, Your Face My Flag is a riveting debut poetry
collection. Gewirtz explores the place of poetry in a globalized era, shaped by
escalating geopolitical tensions between China and "the West." From the
factories where iPhones are assembled to riverside idylls where men have long
met for sex, these poems move restlessly across continents and through
centuries. In a world that conspires to dull us against the particular, Gewirtz
writes with sharp focus, recapturing memory and desire in stunning detail.
Julian Gewirtz's poems have appeared in the Best American Poetry, Boston Review, Lambda Literary, The Nation, The New Republic, PEN America, Ploughshares, The Yale Review, and elsewhere. He is also the author of two books on the history of modern China, Never Turn Back: China and the Forbidden History of the 1980s and Unlikely Partners ("a gripping read" -The Economist). He co-edited an issue of Logic Magazine on China and technology and has written essays and reviews for publications including the New York Times, The Guardian, Harper's, Foreign Affairs, Prac Crit, and Parnassus: Poetry in Review. He previously served in the Obama administration and has been Senior Fellow for China Studies at the Council on Foreign Relations, an Academy Scholar at Harvard's Weatherhead Center for International Affairs, and a lecturer in history at Harvard University and Columbia University.