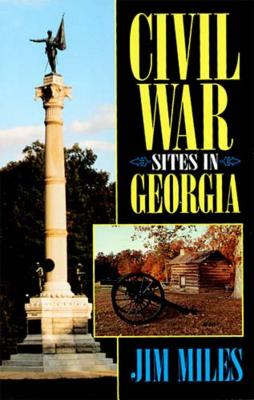 Georgia was so devastated during the Civil War that nearly a century was required to recover from its effects. During those one hundred years Georgians forged a state that has become a leader of the nation, but they have never forgotten their heritage.

Civil War Sites in Georgia is a brief history of the Civil War in Georgia and a comprehensive guide to more than 300 Civil War sites, including 25 battlefields, 35 museums, 40 Confederate cemeteries, 2 national cemeteries, 300 statues and monuments, 5 forts, 5 Confederate prisons, and 5 Civil War-related national, state, and municipal parks. Entries are arranged geographically. The book is illustrated with 42 photographs and 9 maps.