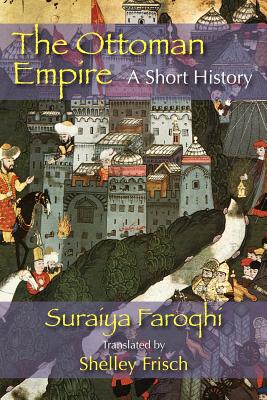 
Not On Our Shelves—Ships in 1-5 Days
(This book cannot be returned.)
In a concise and colorful style, Suraiya Faroqhi lays out the history of one of the most powerful empires of the Late Middle Ages and the Early Modern era. At its height, the Ottoman Empire spread over three continents and matched the size of the Roman Empire, covering the territories of modern-day Turkey, Iraq, Kuwait, Syria, Lebanon, Israel, Palestine, and parts of Greece. This text traces the political history of the Ottomans from the 14th century to the dissolution of the empire after World War I and employs a balanced approach that encompasses economic, social, and cultural history. The result is a unique, colorful overview of the Ottoman Empire that depicts soldiers, such as Mehmed II ("the Conqueror") and the Janissary corps; the wars with Persia, Russia, and Venice; court life in Istanbul, including patronage of the arts; the role of the sultan as defender of Sunni Islam; the tax system; agriculture and trade; life in the cities and the country; the relationship between Europe and the Ottoman Empire; the rise of nationalism; and upheaval during the 19th century.