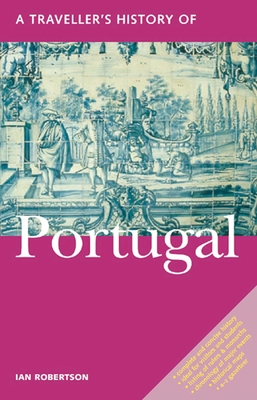 
Special Order—Subject to Availability
A definitive concise history of Portugal, from its earliest beginnings right up to the politics and life of the present day. It was not until the twelfth century that Portugal became a country in its own right, having been a Roman colony and then having suffered both Barbarian and Islamic invasions. The golden age of discoveries, the reign and foresight of Henry the Navigator, and great seamen such as Vasco da Gama led to the founding of Portugal’s empire and wealth. Troubled times followed: in 1755 Lisbon was virtually leveled by the “Great Earthquake,” and the country had hardly recovered its former prosperity when it was overrun by Napoleon’s troops at the start of the Peninsular War, to be followed not long after by the Miguelite civil war. The middle decades of the nineteenth century saw the Port Wine trade flourishing, and further expansion into Africa. During the last quarter of the twentieth century, ever since the bloodless revolution of 1974 overthrew the rightwing dictatorship of Salazar, the country has regained its stability, and now takes its rightful place in the European Community. Illustrated with maps and line drawings, the book has a full Historical Gazetteer cross-referenced to the main text that concentrates on the historic sites in a country that has retained its individuality and thus its appeal to the individual traveler.
Ian Robertson is the author of the Blue Guides to Portugal and Spain, and he edited and extensively contributed to Portugal: A Companion History. He was born in Tokyo in 1928 and educated at Stowe. He now lines in Arles, France.
"...an excellent series of brief histories." -

"A series which is already invaluable. Whether you're travelling or not."

"The various authors of The Traveller's Histories not only manage to condense the history and culture of a country into a portable paperback, they do it with wit and style."