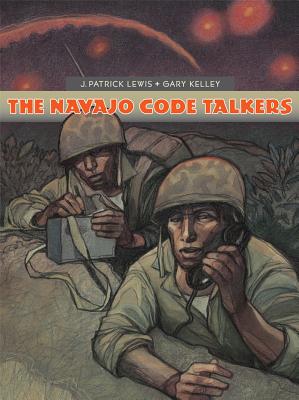 
In Stock—Click for Locations
Amidst a complicated history of mistreatment by and distrust of the American government, the Navajo people—especially bilingual code talkers—helped the Allies win World War II.
J. Patrick Lewis spent years as an economics professor before finding his passion as a writer. Today he holds an esteemed reputation in children's publishing, having authored more than 70 picture books, including such acclaimed titles as Black Cat Bone and The House. In 2011, he was honored with the NCTE Poetry Award and chosen to serve as the Children's Poet Laureate.

Gary Kelley is an internationally known artist who has illustrated numerous picture books, including Black Cat Bone. His artwork has appeared in such prominent periodicals as The New Yorker and Rolling Stone and can be seen in Barnes & Noble's bookstore murals.