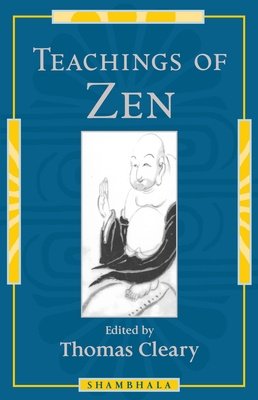 By Thomas Cleary (Translated by)


Special Order—Subject to Availability
(This book cannot be returned.)
Zen Buddhism emerged in China some fifteen centuries ago and remained the most dynamic and influential spiritual movement in Asia for more than a millennium. Though the teachings of the first Zen masters are sometimes considered innovation, they were actually a return to the core of Buddhist teaching and to an understanding of the importance of the personal experience of enlightenment.

This anthology presents talks, sayings, and records of heart-to-heart encounters to show the essence of Zen teaching through the words of the Zen masters themselves. The selections have been made from the voluminous Zen canon for their accessibility, their clarity, and above all their practical effectiveness in fostering insight.
Thomas Cleary holds a PhD in East Asian Languages and Civilizations from Harvard University and a JD from the University of California, Berkeley, Boalt Hall School of Law. He is the translator of over fifty volumes of Buddhist, Taoist, Confucian, and Islamic texts from Sanskrit, Chinese, Japanese, Pali, and Arabic.
"Filled with glints of wisdom."—Frederic A. Brussat, Values & Visions