A History of Christianity in Asia: Volume I: Beginnings to 1500 (Paperback) 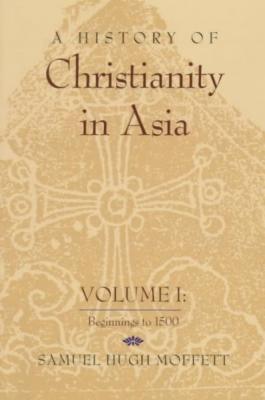 A History of Christianity in Asia: Volume I: Beginnings to 1500 (Paperback)

This is book number 1 in the History of Christianity in Asia series.

While Paul and other early missionaries converted Greeks and Romans, then the "barbarian" tribes of Europe, priests of the Church of the East -- later called the Nestorian -- established centers in Persia and Afghanistan, across India and the Mongolian steppes, and in China itself as early as the 7th century. These missionaries experienced both favor and persecution according to the political climate of their times; but the expansion they achieved would not be matched by the West until after the 13th century.

Moffett captivates readers with the rise and fall of empires and the rulers whose actions determined the fate of Christianity in their realms. It was Kublai Khan's mother, a Christian Mongol princess, who encouraged the Great Khan's tolerance of Christian missionaries. Indeed, Mongol armies were known to ride into battle under the banner of the Holy Cross. But it was a dust cloud from a different desert -- Islam -- that was to dramatically bring about the end of this first, dynamic period of Asian Christianity.

A History of Christianity in Asia makes available immense amounts of research on the religious pluralism of Asia and how Christianity spread long before the modern missionary movement went forth in the shelter of Western military might. Invaluable for historians of Asia and scholars of mission it is stimulating for all readers interestedin Christian history.