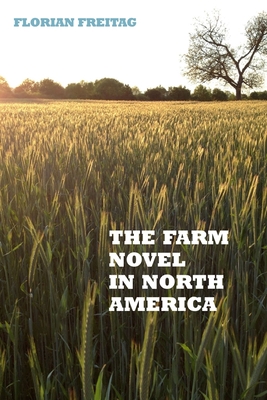 
Not On Our Shelves—Ships in 1-5 Days
Provides the first history of the North American farm novel, a genre which includes John Steinbeck's The Grapes of Wrath, Sheila Watson's The Double Hook, and Louis H mon's Maria Chapdelaine. From John Steinbeck's The Grapes of Wrath and Martha Ostenso's Wild Geese to Louis H mon's Maria Chapdelaine, some of the most famous works of American, English Canadian, and French Canadian literature belongto the genre of the farm novel. In this volume, Florian Freitag provides the first history of the genre in North America from its beginnings in the middle of the nineteenth century to its apogee in French Canada around the middleof the twentieth. Through surveys and selected detailed analyses of a large number of farm novels written in French and English, Freitag examines how North American farm novels draw on the history of farming in nineteenth-centuryNorth America as well as on the national self-conceptions of the United States, English Canada, and French Canada, portraying farmers as national icons and the farm as a symbolic space of the American, English Canadian, and FrenchCanadian nations. Turning away from traditional readings of farm novels within the frameworks of regionalism and pastoralism, Freitag takes a comparative look at a genre that helped to spatialize North American national dreams. Florian Freitag is Assistant Professor of American Studies at the University of Mainz, Germany.