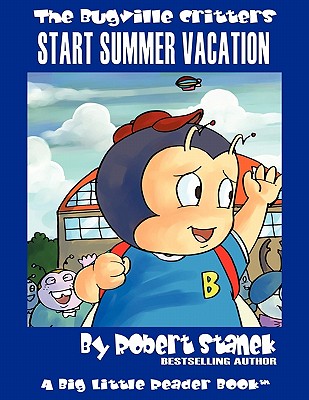 This is book number 16 in the Bugville Critters series.

A full-color, premium-size, perfect-bound children's picture book Over 2.5 million Bugville books sold worldwide. Read letters to Buster from kids all over the world at the Bugville Critters web site. In this story, Buster Bee has mixed feelings about starting summer vacation. He worries about his teacher, school, and his friends. Along the way, he learns the importance of the changes in everyday life that occur as you grow up. The wonderfully-crafted story is paired with energetic illustrations and playful examples that help children discover the world around them and the joy of reading.