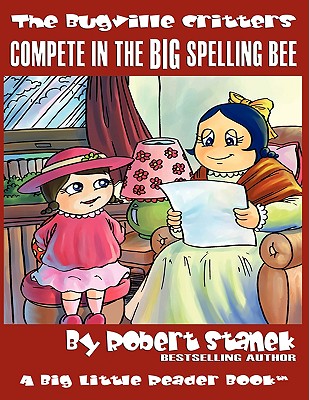 This is book number 15 in the Bugville Critters series.

Over 2.5 million Bugville books sold worldwide Read letters to Buster from kids all over the world at the Bugville Critters web site. In this story, Lass and her friends Sarah, Buster, and Barry compete in the B. Havior School Annual Spelling Bee. When Lass gets a big case of stage fright, her family and friends work together to help her through it. The wonderfully-crafted story is paired with energetic illustrations and playful examples that help children discover the world around them and the joy of reading. Other Big Little Reader stories you may enjoy include Break Their Bad Habits, Stay After School, Have a Bad Day, Visit City Hall, Have a Surprise Party, Have a Backyard Picnic, and Compete in the Big Spelling Bee.