The Ecstasy of Enlightenment: Teaching of Natural Tantra (Paperback) 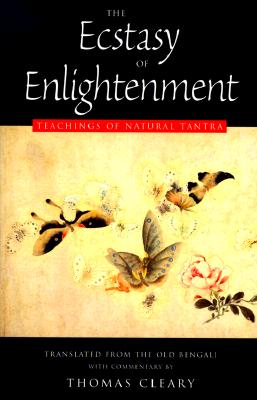 The Ecstasy of Enlightenment: Teaching of Natural Tantra (Paperback)


Not On Our Shelves—Ships in 1-5 Days
The Ecstasy of Enlightenment is an inside look at the spiritual world of Tantraone of the most sophisticated, alluring, and controversial forms of Buddhism. Cleary unlocks the mysteries of the Carya-Giti, a collections of teachings by more than twenty famous Siddhas, or Tantric adepts, who lived during the illustrius Pala dynasty of old Bengal. These teachings emanate from one of the most dynamic sources of international Buddhism, at the height of its religious development, and as such, they are completely nonsectarian. Particularly noteworth is Cleary's demonstration of the parallels between Tantric Buddhism in Old Bengal and the original Zen Buddhism of China.
Thomas Cleary is an internationally known translator of spiritual classics from Chinese, Japanese, Sanskrit, Pali, and Arabic. He holds a B.A. in Far Eastern Languages from Harvard College and M.A. and Ph.D. degrees in East Asian Languages and Civilizations from Harvard University.