The Abolition of the Slave Trade in Southeastern Nigeria, 1885-1950 (Rochester Studies in African History and the Diaspora #25) (Hardcover) 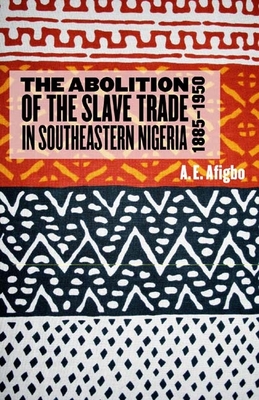 The Abolition of the Slave Trade in Southeastern Nigeria, 1885-1950 (Rochester Studies in African History and the Diaspora #25) (Hardcover)


Special Order—Subject to Availability
The Abolition of the Slave Trade in Southeastern Nigeria, 1885-1950, is a history of the campaign waged by Great Britain in colonial Nigeria from approximately 1885 on, to abolish the internal slave trade in the Bight of Biafra and its hinterland, a region also known as Eastern Nigeria, Southeastern Nigeria, the Eastern Provinces, or the trans-Niger Provinces. It treats the internal slave trade and the war against it in this region and period as themes separate from the institution of slavery in the same area and the campaign to root it out generally known as emancipation. For this reason, and because slavery and the effort at emancipation have received more attention from scholars, this work concentrates entirely on that aspect of the slave trade and its fortunes under British colonial rule commonly known as abolition. In reconstructing the story of this important and protracted campaign, Adiele Afigbo sheds light on a dark corner of social history that has largely been neglected by historians. Adiele Afigbo is Pofessor in the Department of History and International Relations at Ebonyi State University, Nigeria.