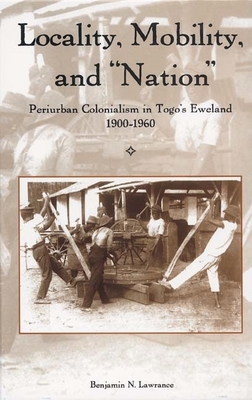 
Special Order—Subject to Availability
In this original interdisciplinary study of Togo and African colonial history, Benjamin Lawrance synthesizes political, gender, and social history by documenting the contributions of rural-dwelling populations in anti-colonial struggles. Anchoring his arguments on the premise that nationalist historiographies have overstated the role of urban and elite power while undervaluing the strategic place of rural constituencies, Lawrance uses the Ewe nationalist movement of southern Togo as a case study in what he terms periurban colonialism -- a historical paradigm that reunites the urban and rural experiences of post-World War I colonialism. By reconciling the marginal and non-elite communities and the social upheavals of the two World War periods, Lawrance offers a new perspective on the colonial experience and the anti-colonial struggle. In focusing on an African country uniquely colonized by the Germans, British, and French, he provides a wealth of information not readily available to the English-language audience. Accessible to scholars of African social history and African culture in general, Locality, Mobility, and Nationwill occupy a distinguished place among studies of African colonial history and anti-colonial struggles. Benjamin N. Lawrance is Assistant Professor of African History at the University of California, Davis, where he teaches undergraduate and graduate African and World History. He is the editor of The Ewe of Togo and Benin 2005] and the co-editor of Intermediaries, Interpreters and Clerks 2006].