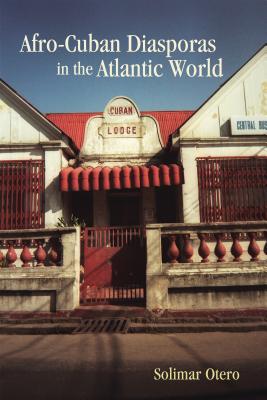 
Special Order—Subject to Availability
Afro-Cuban Diasporas in the Atlantic World explores how Yoruba and Afro-Cuban communities moved across the Atlantic between the Americas and Africa in successive waves in the nineteenth century. In Havana, Yoruba slaves from Lagos banded together to buy their freedom and sail home to Nigeria. Once in Lagos, this Cuban repatriate community became known as the Aguda. This community built their own neighborhood that celebrated their Afrolatino heritage. For these Yoruba and Afro-Cuban diasporic populations, nostalgic constructions of family and community play the role of narrating and locating a longed-for home. By providing a link between the workings of nostalgia and the construction of home, this volume re-theorizes cultural imaginaries as a source for diasporic community reinvention. Through ethnographic fieldwork and research in folkloristics, Otero reveals that the Aguda identify strongly with their Afro-Cuban roots in contemporary times. Their fluid identity moves from Yoruba to Cuban, and back again, in a manner that illustrates the truly cyclical nature of transnational Atlantic community affiliation. Solimar Otero is Associate Professor of English and a folklorist at Louisiana State University. Her research centers on gender, sexuality, Afro-Caribbean spirituality, and Yoruba traditional religion in folklore, literature and ethnography. Dr. Otero is the recipient of a Ruth Landes Memorial Research Fund grant (2013), a fellowship at the Harvard Divinity School's Women's Studies in Religion Program (2009 to 2010), and a Fulbright award (2001).