On Dupont Circle: Franklin and Eleanor Roosevelt and the Progressives Who Shaped Our World (Hardcover) 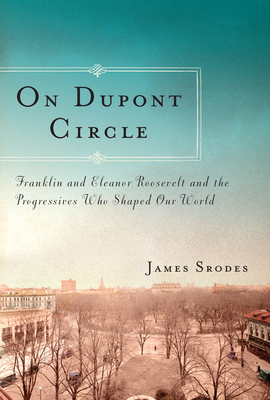 On Dupont Circle: Franklin and Eleanor Roosevelt and the Progressives Who Shaped Our World (Hardcover)


Special Order—Subject to Availability
Prize–winning author James Srodes offers a vivid and scintillating portrait of the twelve young men and women who, on the eve of World War I, came together in Washington, D.C.'s tony Dupont Circle neighborhood. They were ambitious for personal and social advancement, and what bound them together was a sheer determination to remake America and the rest of the world in their progressive image.

At one residence–known ironically as The House of Truth–lived Felix Frankfuter, a future Supreme Court Justice, and Walter Lippman, later the most important political writer of the twentieth century. Another house served as the base for three siblings: John Foster Dulles, future Secretary of State, Allen Dulles, one of the founders of the CIA, and sister Eleanor Lansing Dulles, one of the most important economists of the age.

Meanwhile, nearby lived young Franklin and Eleanor Roosevelt, who even then were rising political stars, William Bullitt, a charming and unscrupulous writer and future ambassador, and Herbert Hoover, already the most famous American in the world.

The group mixed cocktails, foreign policy, and bed–mates as they set out to remake the world. For the next twenty years they pursued increasingly important careers as their private lives become ever more entangled. By the end of this story, on the eve of WWII, the group came together again for a second chance at history–this time the result was the United Nations.
James Srodes is the author of Dream Maker: The Rise and Fall of John Z. DeLorean, Allen Dulles: Master of Spies, Franklin: The Essential Founding Father, and On Dupont Circle: Franklin and Eleanor Roosevelt and the Progressives Who Shaped Our World. He lives in Washington, D.C.