Unveiling the Mystery of Dante: An Esoteric Understanding of Dante and His Divine Comedy (Paperback) 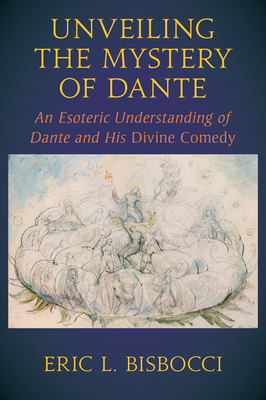 Unveiling the Mystery of Dante: An Esoteric Understanding of Dante and His Divine Comedy (Paperback)

This unique study examines Dante's Divine Comedy in relation to the evolution of consciousness and explores Dante's connection to the Knights Templar, the Fedeli d'amore, and other esoteric movements in his eternal quest for Divine Wisdom (Sophia), personified in the figure of Beatrice. By analyzing the poetry of Dante and the Fedeli d'amore, the author investigates the existence of a "secret language" and the transmission of sacred knowledge hidden within the lyrics of those who partook in the Dolce Stil Novo (Sweet New Style), the most significant literary movement in Italy during the 13th century.

Eric Bisbocci tells of how the "beatification of woman" was intimately connected to the transformation of being, while probing the internal dynamics of the initiatory practices relevant to that period. Finally, he reveals the relationship between the poetry of the Fedeli d'amore and that of the Troubadours, as well as that of the Sufi poets before them--all while questioning the efficacy of modern literary theory to fathom the esoteric meaning of Dante's poem. All of this culminates with an in-depth analysis of the Divine Comedy in its entirety, canto by canto, based on the threefold nature of the human being--thinking, feeling, and willing--as outlined by Rudolf Steiner.

The principle aim of this book is to perceive the Divine Comedy as a "Spiritual Imagination." Thus, the author's ultimate reason for writing it is not to defend one particular interpretation of the Divine Comedy but, rather, to show how it can be imagined in such a way that it provides a blueprint whereby students of classical literature can find their own ways to configure a work of art imaginatively to better understand its relation to their own lives.

PART ONE: The Esoteric Background of the Divine Comedy

The Tower of Babel and the Problem of Dialecticism
Metamorphoses of the Soul
Behind the Scenes
The Secret Message
Deciphering the Meaning of Love
Goddess of the Sun
Resurrecting the Temple
"The Cross and the Eagle"
The Heresy of Romantic Love: The Manichean Stream of Thinking
Unearthing the Forces of Darkness

PART TWO: Re-imagining the Divine Comedy in the Light of Thinking, Feeling, and Willing

The Tripartition of the Divine Comedy
The Inferno: Confronting the Dragon
The Purgatorio: Ascending the Slopes of Redemption
The Paradiso: Into the "I" of God