The Adventures of Loupio, Volume 1: The Encounter and other Stories (Paperback) 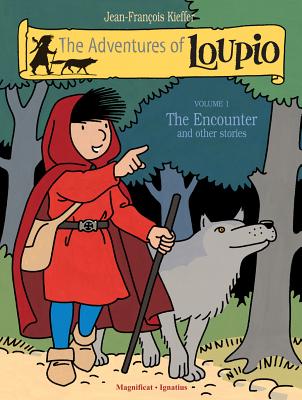 The Adventures of Loupio, Volume 1: The Encounter and other Stories (Paperback)

This is book number 1 in the The Adventures of Loupio series.

In the days of knights and castles lived an adventurous young troubadour named Loupio. Orphaned and on his own in 13th century Italy, plucky Loupio meets Brother Francis of Assisi and his friend Brother Wolf, and so begins a new life of joyfully trying to do good, while still getting by in a dangerous world.The youthful and colorful comic-book style presents to young readers the exciting challenges of growing up in the Middle Ages, which often look very like the challenges of growing up in any age. Like the Tin Tin and Asterix comics, this series, never before available in English, is sure to entertain young readers. But more than that, the seeds of faith, hope and charity taking root in Loupio, might grow in their hearts too. Illustrated.

Jean-François Kieffer is a Deacon and father of four children. Born in France in 1957, he has been an award-winning writer and illustrator of children's works for many years.