The Tudors: Art and Majesty in Renaissance England (Hardcover) 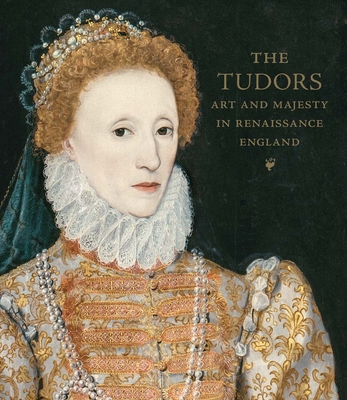 The Tudors: Art and Majesty in Renaissance England (Hardcover)


On Our Shelves Now at:
A fascinating new look at the artistic legacy of the Tudors, revealing the dynasty’s influence on the arts in Renaissance England and beyond

Ruling successively from 1485 through 1603, the five Tudor monarchs changed England indelibly, using the visual arts to both legitimize and glorify their tumultuous rule—from Henry VII’s bloody rise to power, through Henry VIII’s breach with the Roman Catholic Church, to the reign of the “virgin queen” Elizabeth I. With incisive scholarship and sumptuous new photography, the book explores the politics and personalities of the Tudors, and how they used art in their diplomacy at home and abroad.

Tudor courts were truly cosmopolitan, attracting artists and artisans from across Europe, including Hans Holbein the Younger (1497/8–1543), Jean Clouet (ca. 1485–1540), and Benedetto da Rovezzano (1474–1552). At the same time, the Tudors nurtured local talent such as Isaac Oliver (ca. 1565–1617) and Nicholas Hilliard (ca. 1547–1619) and gave rise to a distinctly English aesthetic that now defines the visual legacy of the dynasty. This book reveals the true history behind a family that has long captured the public imagination, bringing to life the extravagant and politically precarious world of the Tudors through the exquisite paintings, lush textiles, gleaming metalwork, and countless luxury objects that adorned their spectacular courts.