Ransom for a Knight (Nautilus) (Paperback) 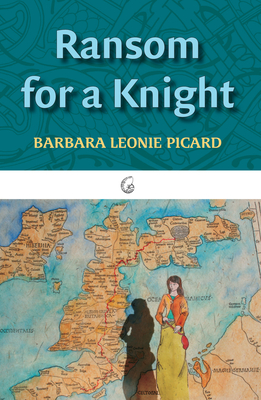 Ransom for a Knight (Nautilus) (Paperback)

Shortlisted for the Carnegie Medal

In 14th-century England, Alys de Renneville sits alone in the loft of her manor house mourning her father and brother who are thought to have been killed in battle in Scotland. Late one evening, a strange knight appears and tells Alys that her father and brother are alive and being held for ransom by the Scots. When no one believes her story, she sets off secretly to rescue them herself.

Traveling on horseback across the lush countryside and dense cities of medieval England, Alys is accompanied only by her friend and servant, Hugh. Alys and Hugh show great courage and determination, but the journey is arduous and they encounter many delays and hardships along the way. Will they reach Scotland in time to save Alys's father and brother?

Her narratives have the ring of tales told by skald and bard, and her choice of words would fill great halls. Her literary fairy tales are lushly romantic, with poetic language and an almost other-worldly knowledge that informs and enriches them. Open one of her books and read it aloud. See how her words will still echo in the storytelling rooms and libraries that have become our great halls.--Janice M. Del Negro

Barbara Leonie Picard (1917-2011) was the author of over twenty-five books, all of which have received praise for the mature and thought-provoking fare they offer young readers. Her first book was published in 1949. Her works include five historical novels for young adults, many retellings of myths and epics--including the Odyssey and the Iliad, the story of King Arthur, and legends of the Norse gods--and collections of fairy tales. Several of her books have been shortlisted for the Carnegie Medal, the oldest children's book award in the UK. Paul Dry Books also publishes Picard's book One Is One.

Barbara Leonie Picard was born in Surrey, England, and lives now in Sussex. Her first book was published in 1949, and was followed by over twenty more, all of which received praise for the mature and thought-provoking fare they offered young readers. She is well-known for her retellings of Homer, Gilgamesh, and ancient myths for young readers.