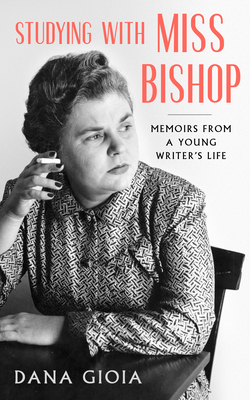 
Not On Our Shelves—Ships in 1-5 Days
Highly enjoyable . . . Studying with Miss Bishop offers the opportunity to encounter writing as an act of civility.―Wall Street Journal Fascinating snapshots of remarkable encounters which, when brought together, chart a delightfully unusual path to literary success.―Booklist Reading this memoir is like being at one of those memorable dinner parties, attended by the best and brightest, sparkling with wit and excellent conversations. You don't want it to be over, the conversations to end But with books, you need not worry. You can go back to the party, savor it, reread it again, and again.--Julia Alvarez, author of In the Time of the Butterflies and Afterlife In Studying with Miss Bishop, Dana Gioia discusses six people who helped him become a writer and better understand what it meant to dedicate one's life to writing. Four were famous authors--Elizabeth Bishop, John Cheever, James Dickey, and Robert Fitzgerald. Two were unknown--Gioia's Merchant Marine uncle and Ronald Perry, a forgotten poet. Each of the six essays provides a vivid portrait; taken together they tell the story of Gioia's own journey from working-class LA to international literary success.
Dana Gioia is a poet and critic. He has published five full-length collections of verse, most recently 99 Poems: New & Selected, which won the Poets' Prize as the best new book of the year. His third collection, Interrogations at Noon, was awarded the American Book Award. An influential critic, Gioia's controversial volume, Can Poetry Matter? was a finalist for the National Book Critics Circle Award. The book is credited with helping revive the role of poetry in American public culture. Gioia has also edited or co-edited two dozen best-selling literary anthologies, including An Introduction to Poetry (with X. J. Kennedy) and Best American Poetry 2018. His essays and reviews have appeared in The New Yorker, Atlantic, Washington Post, New York Times, Hudson Review, and other journals. Gioia has served as the Chairman of the National Endowment for the Arts and as California State Poet Laureate. He is currently the Judge Widney Professor of Poetry and Public Culture at the University of Southern California. He divides his time between Los Angeles and Sonoma County, California.