Is Equality an Absolute Good? (Paperback) 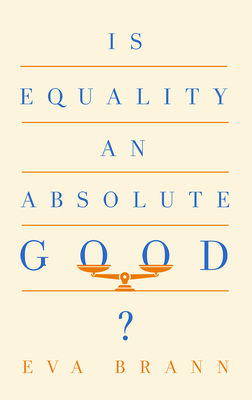 Is Equality an Absolute Good? (Paperback)


On Our Shelves Now at:
The Declaration of Independence aimed to turn our continent
from a British colony into an American nation. Yet its first, its primary claim
is that we are all individually equal. What's that got to do with national
independence? Yet the Declaration's claim of universal human equality has grown
into our primary political passion. This brief book asks: What concrete, substantial good do we
get out of this equality? Well, specific safety of our equality before the law.
But beyond that, and the easement of our envy? Equality at work, equalizing, is
a mere leveling relation. Whatever is worth having involves distinction, that's
inequality.

Eva Brann is a member of the senior faculty at St. John's College in Annapolis, Maryland, where she has taught for more than sixty years. She holds degrees from Brooklyn College and Yale University and is a recipient of the National Humanities Medal. Is Equality an Absolute Good? is her fourteenth book from Paul Dry Books. Her other books include Feigning, Pursuits of Happiness, Iron Filings or Scribblings, How to Constitute a World, Doublethink / Doubletalk, Then & Now, Un-Willing, The Logos of Heraclitus, Feeling Our Feelings, Homage to Americans, Open Secrets / Inward Prospects, The Music of the Republic, and Homeric Moments.