A Time to Keep Silence (Paperback) 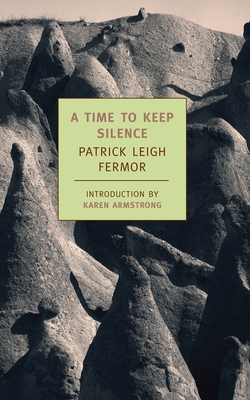 A Time to Keep Silence (Paperback)


In Stock—Click for Locations
While still a teenager, Patrick Leigh Fermor made his way across Europe, as recounted in his classic memoirs, A Time of Gifts and Between the Woods and the Water. During World War II, he fought with local partisans against the Nazi occupiers of Crete. But in A Time to Keep Silence, Leigh Fermor writes about a more inward journey, describing his several sojourns in some of Europe’s oldest and most venerable monasteries. He stays at the Abbey of St. Wandrille, a great repository of art and learning; at Solesmes, famous for its revival of Gregorian chant; and at the deeply ascetic Trappist monastery of La Grande Trappe, where monks take a vow of silence. Finally, he visits the rock monasteries of Cappadocia, hewn from the stony spires of a moonlike landscape, where he seeks some trace of the life of the earliest Christian anchorites.

More than a history or travel journal, however, this beautiful short book is a meditation on the meaning of silence and solitude for modern life. Leigh Fermor writes, “In the seclusion of a cell—an existence whose quietness is only varied by the silent meals, the solemnity of ritual, and long solitary walks in the woods—the troubled waters of the mind grow still and clear, and much that is hidden away and all that clouds it floats to the surface and can be skimmed away; and after a time one reaches a state of peace that is unthought of in the ordinary world.”
Patrick Leigh Fermor (1915-2011) was an intrepid traveler, a heroic soldier, and a writer with a unique prose style. After his stormy schooldays, followed by the walk across Europe to Constantinople that begins in A Time of Gifts (1977) and continues through Between the Woods and the Water (1986), he lived and traveled in the Balkans and the Greek Archipelago. His books Mani (1958) and Roumeli (1966) attest to his deep interest in languages and remote places. In the Second World War he joined the Irish Guards, became a liaison ofﬁcer in Albania, and fought in Greece and Crete. He was awarded the DSO and OBE. He lived partly in Greece—in the house he designed with his wife, Joan, in an olive grove in the Mani—and partly in Worcestershire. He was knighted in 2004 for his services to literature and to British–Greek relations.

Karen Armstrong, a historian of religion, spent seven years in a Roman Catholic religious order; she has written about this experience in Through the Narrow Gate and The Spiral Staircase. She is also the author of many books, including A History of God, The Great Transformation, and, most recently, The Bible: A Biography.
"Delightful…His book is not only an admirable piece of travel writing; it is also a brilliant piece of human exploration." — The New Statesman

"Prose lapidary and evocative enough to please even the hardiest skeptic." — The Washington Post

"His shortest book (and to my mind his best)…its hammered terseness is…a good match for the sobriety of the subject." — Anthony Lane, The New Yorker

"Fermor writes logbooks of discovery, keenly meandering through architecture, music, art, history and the minutiae of everyday life…[His] erudition and courage are matched by his discerning compassion, which shapes the probing character sketches that populate his books, including A Time to Keep Silence." — Los Angeles Times

"A most successful attempt to portray the reactions of the man of the world (in the literal sense) when confronted with the monastic life." — Daily Telegraph (UK)

“A unique mixture of hero, historian, traveler and writer; the last and the greatest of a generation whose like we won't see again.”–Geographical

“The finest traveling companion we could ever have . . . His head is stocked with enough cultural lore and poetic fancy to make every league an adventure.” –Evening Standard

If all Europe were laid waste tomorrow, one might do worse than attempt to recreate it, or at least to preserve some sense of historical splendor and variety, by immersing oneself in the travel books of Patrick Leigh Fermor.”—Ben Downing, The Paris Review