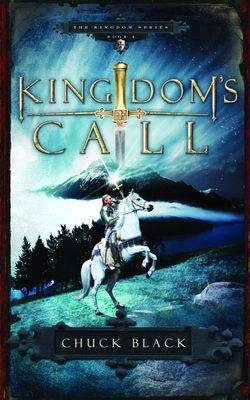 This is book number 4 in the Kingdom Series series.

A sworn enemy of the Prince vows to eliminate his Followers.
Until the Prince saves his life…

For generations the Noble Knights have been in service to the King. Following a strict code of conduct, they preserve the peace in Chessington, the King’s chosen city, and rule its citizenry. Sir Gavin is a young and promising Noble Knight, devoted to King and Code.

Then a peasant disrupts the tranquility of Chessington, brazenly challenging the Code while claiming to be the son of the King–a Prince. When it is learned that he is actively training a force of men in defiance of the law, the stranger is arrested and executed.

But his Followers continue to defy the Code, and Sir Gavin swears to destroy this threat to Chessington–until he himself is grievously wounded in battle. As he faces his own death, Gavin is saved by someone who will transform his heart and change his life…

Journey to Arrethtrae, where the King and His Son implement a bold plan to save their kingdom; where courage, faith, and loyalty stand tall in the face of opposition; where good will not bow to evil–and one brave man stands against the Dark Knight.
Chuck Black spent eight years in the Air Force traveling the world as a communications engineer and an F-16 fighter pilot. Today, Chuck is a product design engineer and has invented or coinvented eleven patented construction products now being sold internationally. His passion in life is to serve the Lord Jesus Christ and to love his wife, Andrea, and their six children. The Blacks take their family music ministry on the road, singing Christian gospel, contemporary, and traditional songs. Chuck and his family live in North Dakota.