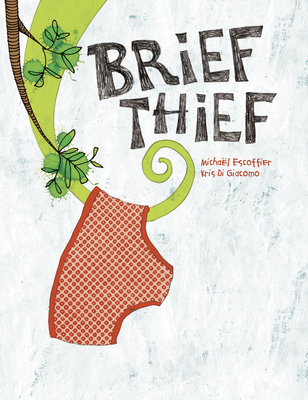 Witty, humorous illustrations of great charm tell this story of conscience and mistaken identity as thoroughly as the book's delightful text. Here a lizard takes the liberty of using what seem to be some old underpants when he runs out of toilet paper. What he doesn't count on is that his own conscience and an outraged rabbit will be watching.

Born in Brazil, Kris Di Giacomo is a popular children's book illustrator who has lived in France for a long time. After a brief stint in the United States, she moved to France, where teaching English to young children and discovering French picture books were the triggers that led her into illustration. She has illustrated twenty picture books, a few of which she has written as well. Michael Escoffier was born in France in 1970. Raised by a family of triceratops, he discovered his passion for writing and telling stories at a young age. He lives in Lyon, where he teaches and writes, with his wife and two children.