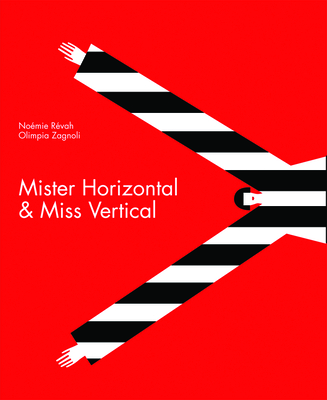 This story was inspired by a Ren Malt te photograph in which a father wears horizontal stripes, a mother vertical stripes, and their child sports a checkered shirt. This boldly graphic concept book is built around lines and their direction.

Olimpia Zagnoli was born in 1984. After years of doodling, she became an illustrator and began collaborating with the New York Times, the New Yorker, and others. She lives in Milan, Italy. This is her first book.