Model Life: The Journey of a Pint-Size Fashion Warrior (Paperback) 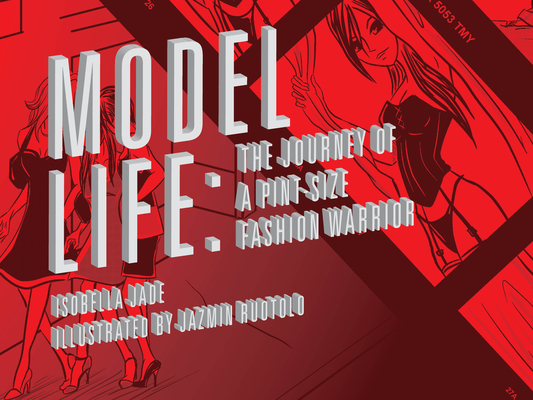 Model Life: The Journey of a Pint-Size Fashion Warrior (Paperback)


Special Order—Subject to Availability
Isobella Jade, a student at the New York Institute of Technology, begins exploring the possibility of working as a lingerie model — despite her nontraditional height of 5'4”. A Google search leads her to ads posted on Craigslist, and soon Jade finds herself turning up at private apartments for model shoots that more often than not turn out to be seedy, disappointing, and sometimes downright dangerous.

After she is sliced across the eyebrow in a fight with a sleazy so-called fashion photographer who will not respect her boundaries in a photo shoot, Jade decides that she's finished with answering ads on Craigslist. She’s determined to get professional, get an agent, and become a real model.

Model Life reveals her glamorous and not-so-glamorous on-the-job experiences in New York City. From her first photo shoot and her close brushes with soft porn to her appearances in ad campaigns for national retailers and magazines, this height-challenged model shares her past in an edgy, illustrated exposé. The original story of the ultimate underdog, Model Life is a celebration of the self-discovery that comes with being self-made and the triumph of beating the odds.
Isobella Jade is the author of Almost 5'4" a memoir about her journey as a shorter-than-average model in New York City, and her graphic novel Model Life: The Journey of a Pint-Size Fashion Warrior shares her experiences as a model in an illustrated format with illustrations by Jazmin Ruotolo. She expanded her Model Life graphic novel series into an on-going digital series. Jade is also the author of Careful, a YA novel, about a teenager who dies in a texting and driving crash. Jade and her books have been featured in media outlets such as The New York Post, The New York Times, Allure, Glamour, Page Six, Los Angeles Times, and many others.