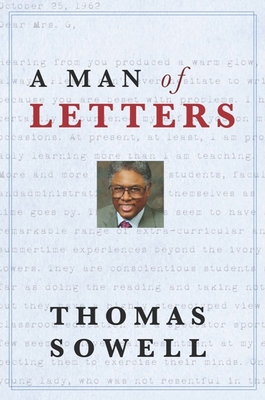 
Special Order—Subject to Availability
A Man of Letters traces the life, career, and commentaries on controversial issues of Thomas Sowell over a period of more than four decades through his letters to and from family, friends, and public figures ranging from Milton Friedman to Clarence Thomas, David Riesman, Arthur Ashe, William Proxmire, Vernon Jordan, Charles Murray, Shelby Steele, and Condoleezza Rice. These letters begin with Sowell as a graduate student at the University of Chicago in 1960 and conclude with a reflective letter to his fellow economist and longtime friend Walter Williams in 2005.