Muhammad: His Life Based on the Earliest Sources (Paperback) 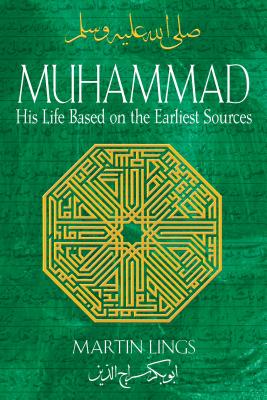 Muhammad: His Life Based on the Earliest Sources (Paperback)

Martin Lings’ biography of Muhammad is an internationally acclaimed, comprehensive, and authoritative account of the life of the prophet. Based on the sira, the eighth- and ninth-century Arabic biographies that recount numerous events in the prophet’s life, it contains original English translations of many important passages that reveal the words of men and women who heard Muhammad speak and witnessed the events of his life.

Scrupulous and exhaustive in its fidelity to its sources, Muhammad: His Life Based on the Earliest Sources is presented in a narrative style that is easily comprehensible, yet authentic and inspiring in its use of language, reflecting both the simplicity and grandeur of the story it tells. This revised edition includes new sections detailing the prophet’s expanding influence and his spreading of the message of Islam into Syria and its neighboring states. It represents the final updates made to the text before the author’s death in 2005. The book has been published in 12 languages and has received numerous awards, including acknowledgment as best biography of the prophet in English at the National Seerate Conference in Islamabad.
Martin Lings (1909-2005) was a renowned British scholar who taught at several European universities and the University of Cairo. He was the keeper of Oriental manuscripts in the British Museum and the British Library and the author of numerous books on religion and spirituality, including The Book of Certainty, What is Sufism?, Ancient Beliefs and Modern Superstitions, and the internationally acclaimed Muhammad: His Life Based on the Earliest Sources.
“This work is widely recognized as the most readable account of the life of the Prophet to date.”
— Times of London

"Lings provides a wealth of detail on the life of Muhammad, the time and place of many Koranic revelations, and the foundation of Islam, all based exclusively on 8th- and 9th-century Arabic biographical sources and collections of the sayings attributed to Muhammad. General readers will find a well-written, straightforward chronological narrative; Muslim readers will appreciate the favorable treatment of Muhammad; while specialists will find a faithful and convenient rendering of source material."
— Joseph Gardner, California State Univ. Lib., Northridge Library Journal

“For those interested in Islam . . . it is mesmerizing.”
— Parabola