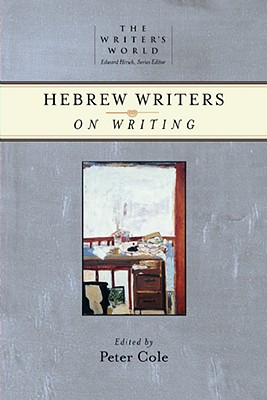 Hebrew Writers on Writing offers a fresh look at well-known figures such as Haim Nahman Bialik and Yehuda Amichai, while also introducing a host of fascinating yet little- or never-before translated writers. Drawing from essays, letters, notebooks, poems, interviews, and other sources, it begins in early 20th-century Warsaw, wanders through the formative years of Hebrew modernism in Europe and Palestine, and explores the charged complexity of contemporary Israel. In the process, it probes, as no English-language volume has before, the shifting cultural and political landscape Hebrew emerged from, providing readers with an intimate vision of a startlingly rich and diverse body of work. These selections from 49 writers have been rendered by a group of some of the finest English translators in the field, and each piece is introduced by editor, noted poet, and MacArthur fellow Peter Cole.