The War of 1812: A Guide to Battlefields and Historic Sites (Paperback) 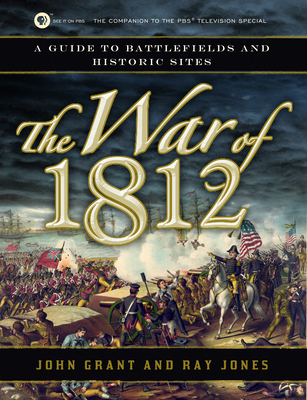 The War of 1812: A Guide to Battlefields and Historic Sites (Paperback)

Discover the war that shaped North America in this fully illustrated companion to the PBS television documentary.

It has been almost two full centuries since a thin line of Canadian militiamen turned back an American army at Crysler's Farm on the banks of the St. Lawrence, and the tattered Star-Spangled Banner ﬂew through the night and into the dawn over Fort McHenry, surviving a storm of Royal Navy shot and shell. However, the approach of the war's bicentennial has unleashed a cascade of interest in this smoky, old cannon-and-musket conflict.

Lushly illustrated with more than 120 color photographs and archival paintings, this exciting documentary companion brings the war to life with vivid descriptions and insightful eyewitness accounts. Readers can relive key moments in the conflict by visiting battlefields and other relevant sites such as Queenstown Heights, Lundy's Lane, Fort McHenry, and Chalmette Plantation outside New Orleans. The book is divided into seven chronologically arranged chapters, each of them focusing on one of several distinct theaters of the war. Follow the course of what happened and why each location was important to the war as a whole.

"A most useful guide for all those who wish to identify and visit the main battlefields and historic sites of the war that shaped a continent." —The Journal of America’s Military Past