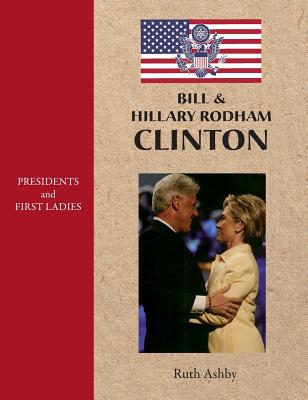 Presidents and First Ladies An intimate glimpse into the lives of the first families of the United States, Presidents and First Ladies is an exciting and insightful new series that highlights the personal histories of select presidents and first ladies as well as the historical events that shaped their terms in office. Documentary photography, illustrations, and maps combine with compelling text and excerpts from letters and other primary sources to reveal how key personal, political, and historical events affected each leader and their spouse, and consequently the climate of the entire nation.

In 1971, when Hillary Rodham met Bill Clinton at Yale University, she had her eyes on a big-time law career and had already been named one of Life magazine's new young leaders. Bill was a down-home boy who hoped to return to Arkansas after law school and run for governor. Despite their different backgrounds, they soon were inseparable. After their marriage in 1975, they worked toward and achieved Bill's lifelong political dreams-becoming governor of Arkansas in 1978 and president in 1992. Bill & Hillary Rodham Clinton offers a behind-the-scenes look at this fascinating couple, from their early career successes and the controversies of the Clinton presidency to Hillary's election to the U.S. Senate and the recent publishing of Bill's best-selling autobiography.