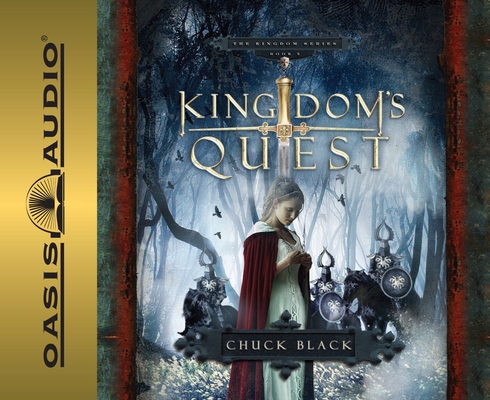 This is book number 5 in the Kingdom Series series.

He was called to fulfill a mighty quest, filled with fierce battles. A quest to bring hope to the kingdom…

Having narrowly escaped death at the hands of the evil Shadow Warriors, Sir Gavin is given a new name by the Prince to signify his new allegiance— to the cause of the One he once swore to kill. Called to share this message to everyone in the land of Arrethtrae, Sir Gavinaugh takes up his sword and embarks on an epic journey.
Winning hearts and minds with the power of his words and his skill with a sword, Gavinaugh travels from one end of the kingdom to the other, telling Outdwellers about the Prince, convincing them to join him. And though Gavinaugh is at times beaten, thrown in prison, or stranded far from home, the Prince Himself guides his words, his sword, and his pilgrimage.
Journey to Arrethtrae, where the King and His Son implement a bold plan to save their kingdom; where courage, faith, and loyalty stand tall in the face of opposition; where good will not bow to evil—and the Prince’s chosen messenger speaks boldly of His quest.
Chuck Black spent nine years in the U.S. Air Force as a tactical communications engineer and an F-16 fighter pilot. Today, Chuck is a product design engineer and has eleven patented construction products being sold internationally. He is the author of seven novels, and has received praise from parents across the country for his unique approach to telling biblical truths. His passion is to serve Christ and to love his wife, Andrea, and their six children. He lives with his family in North Dakota.