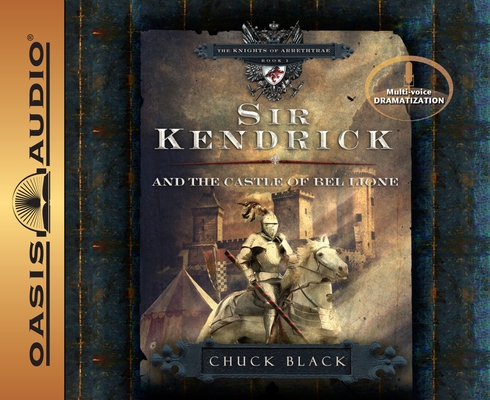 This is book number 1 in the The Knights of Arrethtrae series.

A dangerous new order threatens the mission of the Knights of Arrethtrae. Only loyalty to the prince can bring victory!   As the Knights of the Prince await His triumphant return, they are steadfast in their mission to take His story into the kingdom and recruit as many as are willing. but when a new and dangerous threat is revealed, their mission is jeopardized. Sir Kendrick and his young charge, the impetuous Sir Duncan, are sent on a mission to discover the identity and origin of a secretive new order known as the Conquistero Knights. They travel to the city of Bel Lione where Lord Ra has been enticing young people in the kingdom to join his festivals, after which many choose not to return home. Their families keep quiet for fear of repercussion. When Sir Duncan disappears while trying to discover the truth of Lord Ra’s castle, Sir Kendrick attempts to find and enlist the help of a mysterious warrior. Time is short for he must save Duncan and call upon the knight of Chessington to join in the battle against the evil Lord Ra.
Chuck Black, a former F-16 fighter pilot and tactical communications engineer, is the author of eight novels, including the popular Kingdom series. He has received praise from parents across the country for his unique approach to telling biblical truths. His passion in life is to serve the Lord Jesus Christ and to love his wife, Andrea, and their six children. He lives with his family in North Dakota.

"Chuck Black is a fantastic storyteller who knows how to get his message across in an exhilarating tale without preaching."

"In the grand tradition of The Chronicles of Narnia, Chuck Black's Arrethtrae saga tells the story of valiant knights in a far-off kingdom within a thinly veiled Christian metaphor. Intended for youth, the story has a straightforward theme of good versus evil. Megalomaniac Lord Ra is luring young people into his ranks of evil knights through decadent parties. Only a band of noble knights—outnumbered but blessed by "The Prince"—can stop him. Bringing life to this recording are multiple voices, dashing sound effects, and adventuresome music. Battle scenes are exciting without being overly violent, and the story's tender moments balance out the fighting. For families looking for fantasy tales with a solid moral message, the Arrethtrae series is a good choice."
F.G. © AudioFile Portland, Maine