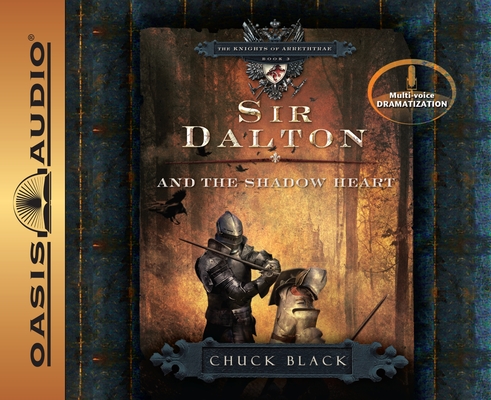 This is book number 3 in the The Knights of Arrethtrae series.

Sir Dalton, a knight in training, seems to have everything going for him. Young, well-liked, and a natural leader, he has earned the respect and admiration of his fellow knights, as well as the beautiful Lady Brynn. But something is amiss at the training camp. Their new trainer is popular but lacks the passion to inspire them to true service to the King and the Prince. On top of this, the knights are too busy enjoying themselves to be concerned with a disturbing report that many of their fellow knights have mysteriously vanished. When Sir Dalton is sent on a mission, he is captured by Lord Drox, a massive Shadow Warrior. Bruised and beaten, Dalton initiates a daring escape, but what will become of the hundreds of knights he’ll leave behind? In a kingdom of peril, Dalton thinks he is on his own, but two faithful friends have not abandoned him, nor has a strange old hermit who seems to know much about the Prince. Can Dalton face the evil Shadow Warrior again and survive?

Chuck Black, a former F-16 fighter pilot and tactical communications engineer, is the author of eight novels, including the popular Kingdom series. He has received praise from parents across the country for his unique approach to telling biblical truths. His passion in life is to serve the Lord Jesus Christ and to love his wife, Andrea, and their six children. He lives with his family in North Dakota.
"My son, Nathan, loved the first book in this series and he said the second was even better. In my son’s own words, ‘Mom, it was exciting and full of mystery. It compelled me to read more. I couldn’t put it down.’”
—Tricia Goyer, homeschooling mom & author of eighteen books, including, Generation NeXt Parenting.