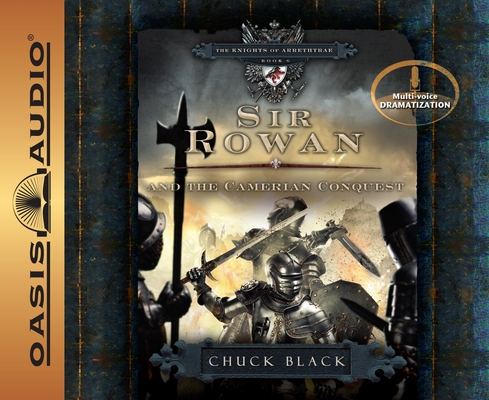 This is book number 6 in the The Knights of Arrethtrae series.

A knight left for dead. A country on the verge of ruin. And an evil lord rising to conquer. Sir Rowan is the most decorated tournament knight in Cameria, but when he is attacked and left for dead, his world collapses. Betrayed and lingering at death’s door, only a bizarre vision of his Prince and the help of a woman dedicated to the King keeps him alive. As Rowan heals, he finds new purpose in life through service to his King. But his beloved land of Cameria has fallen victim to the tyranny of the Dark Knight. Rowan’s countrymen need his help taking their cities back from the enemy, but all is not as it appears. The mysterious Sir Lijah insists Rowan’s purpose lies elsewhere—far away from Cameria, in an ancient city and for an ancient cause. Rowan’s destiny is greater than he ever imagined. The final battle with the Dark Knight approaches, and he must choose where he will fight. Will he discover his true identity and purpose as a Knight of the Prince, or will the Dark Knight claim victory for eternity?

Chuck Black, a former F-16 fighter pilot and tactical communications engineer, is the author of eight novels, including the popular Kingdom series. He has received praise from parents across the country for his unique approach to telling biblical truths. His passion in life is to serve the Lord Jesus Christ and to love his wife, Andrea, and their six children. He lives with his family in North Dakota.